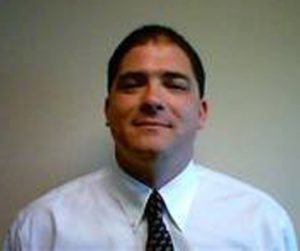 We were saddened to learn of the untimely passing of election integrity activist John Washburn at the age of 53. John was a fiercely independent thinker – disarmingly honest and contagiously cheerful – and a passionate advocate for transparent election administration. Verified Voting President Pamela Smith noted that John “was actively engaged with the Wisconsin Government Accountability Board, referring to himself as their “thorn” in his good-natured way. He could be thorny, but it was in the best interests of reliable elections, and he came at the work with the highest level of integrity. I suspect he will be missed by both friends and “adversaries” alike.”

On a tribute board set up by the funeral home where John’s memorial service will be held on January 23, Verified Voting Advisory Board member Douglas Jones observed that “John was a man who fought to protect democracy using careful research and the weight of facts to ensure that election results actually report the will of the people. His testimony before government panels at both the state and national level was always calm, reasoned and persuasive.”

John studied the issue of pre-election testing extensively and compiled exemplary guidelines for creating ballot test decks for Logic and Accuracy Testing. A glimpse of his contributions to the struggle for transparent and reliable elections can be gained from his blog Washburn’s World and his website Washburn Research. John felt strongly that election activists should get involved with their local elections. With deep appreciation for John’s contributions to the struggle for fair and accurate election, we are reposting John’s plea for getting involved on the ground that first appeared on the VoteTrustUSA website in 2006.

All Election Integrity is Local
by John Washburn

It has been pointed out on my blog, my focus on the election irregularities in my home voting district of Gemantown District #1 is petty and I should move down the road to the big fish, the City of Milwaukee. I agree the City of Milwaukee is where 10% of the entire ballots cast in the state of Wisconsin are cast in the 314 wards of the City of Milwaukee. So by the simple application of the Willy Sutton Maxim, the bulk of state fraud is committed there because that is where the votes are. And, I have spent time examining the election irregularities there. I disagree though that I should ignore the election irregularities perpetrated by my neighbors and my village clerk. The Swedes have a delightful proverb, “Sweep your own stoop before you offer to sweep you neighbor’s stoop”. The same holds for election integrity; more so actually.

For more than 25 years we (yes, I am included in this group) have allowed our election process to devolve from an active, vital part of our Republic to a spectator sport where the only participation expected is for 8%to 40% of the citizens to show up, cast a vote and go home to watch a set of results come in. We have systematically accepted the notion that expediency in administering an election is the paramount (or only) criterion to judge election success. We all demanded in our own way that we preferred quick results for elections over accurate results or verifiable results. Just the press of the immediate: “Who won?” We don’t even ask any more if the results which come in are correct or not. Whichever candidate the machine software says won the race we accept as true without evidence.

Except for a literal handful of Cassandras (the Collier Brothers, Rebecca Mercuri, and some uber-geeks on the ACM risk forum), no one, not election administrators, not elected officials, not the press, and most importantly not citizen electors asked the hard question:

“Is using secret, unexamined and untested software to tally votes in an election an improvement in election administration?”

It was not until the election meltdowns in 2000, 2002, 2004,2005 and the continuing meltdowns in 2006, that the general voting public has begun to awake to this hard question. Unfortunately, this question has for 20 years been answered in affirmative as a fait accompli. Since election administrators buy the election equipment, ease of administration is the sole criterion for purchase. I certainly did not question the election director of the City of Milwaukee if the BRC optical scanners and IBM-like punch cards were accurate when I voted in the city during the 1980’s. Did you ever at any time between 1980 and 2000 ask, “So how are the votes tallied in this machine? Can I examine the software used for such an important public task?” I certainly did not. And this was even when in 1991 I observed the testing of the BRC optical (infra-red actually) scanners in Hales Corners. The test was so pathetically weak it would not have caught even simple mistakes let alone any programming malfeasanceor malice. It was then the first doubt about the accuracy and reliability of election administration began for me. Even so, I had difficulty facing the hard truth that election administration was fundamentally unverifiable and thus closed to public inspection. It was the tainted installation of Angel Sanchez as a City of Milwaukee alderman in the spring of 2000 which sealed any doubts regarding the election integrity of City of Milwaukee elections. I was glad to be out of the city that August. I moved to upscale, rural-like Germantown and focused on recovering financially from having 2 employers go bankrupt on me in the span of 2 years.

But, such idyllic charm could not last. I just had to peek under the rock which is election administration after the November 2, 2004 debacle in Milwaukee, Racine, Kenosha and Madison. I was genuinely shocked at the violation of 7.51 especially 7.52(2)(h) which occurred in Germantown, District #1. But, I was glad I did not neglect my own home stoop in my election integrity activities. I was doubly shocked, when in my presence on April 5, 2005, the optical scanner failed in the exact same manner as it had the previous November and the village clerk again ignored the failure in the name of expediency. I was told it was too much trouble to follow the law and the village clerk would not do so unless directed to do so by the Wisconsin State Elections Board. My complaint before the Wisconsin State Elections Board is still pending and unlikely to be taken up soon. The lesson learned has been, in Wisconsin at least, expediency trumps all in election administration.

I have enjoyed providing some small help the historic audit in Pinellas County, Florida. I was honored to be asked to explain how the optical scanners used in both Germantown District #1 and Leon County, Florida can be rigged to say anything regardless of the marks on the paper ballots scanned and all with no evidence except by a tedious hand count of the paper ballots themselves. I was privileged to present my objections and documentation of how Diebold, ES&S, AccuPoll, Populex and Sequoia failed to qualify under specific sections of WI 5.91 statutes and failed provision of the administrative rules codified in ElBd7. I am also grateful have had a fair and lengthy hearing before my State Elections Board on these grievances and objections.

It is an easy and soothing lie to believe election fraud is committed somewhere “over there” (Milwaukee, Ohio, Florida, Arizona, New Mexico, etc.) than to face the hard truth election fraud may be going on in your own back yard and thrives there because we lack the strength of will to examine and oversee the process we as sovereign citizens must.

I think the activists who showed up on Capital Hill to lobby for HR 550 the first week in April did good work. As good as that work was, I would rather see 10 times that number do one of a set of far simpler tasks:

It only when election administrators know citizens are watching the process will values such as correctness and transparency supplant expediency as the primary criterion for election “success”. All through this year primaries are being held prior to the general election on November 7, 2006. Plan to observe in your home voting district every aspect of that primary election your schedule permits. The American system of government is public officials are not to be trusted, but watched; eternally and continually.

All election integrity begins at home. For this reason I will dog Germantown District #1 until elections done there are correctly administered and conducted in according to state law. Which election officials on your own election stoop have you not been watching? You have the broom now go sweep the steps of your own home election district.