Learn more about the different types of equipment used throughout the voting process.

How we vote in the United States is surprisingly complex.

Election security experts agree that the most resilient voting systems use paper ballots (marked by hand or with an assistive device for those who need to use them) that are verified by the voter before casting. Any system that does not include a paper record or a step for voter verification should not be used. Some states and local jurisdictions are still using unreliable and insecure electronic voting systems, while others primarily use hand-marked paper ballots. Visit the Verifier to see the voting equipment being used in your jurisdiction, and learn more about the different types of voting systems here.

Click here for the latest news from Verified Voting about Voting Equipment.

Direct Recording Electronic (DRE) voting systems use one of three user interfaces (pushbutton, touchscreen, or dial) to allow voters to record their selections directly into computer memory. DREs can support private, independent voting for individuals with disabilities by being configured with Audio-Tactile Interfaces (ATI), headphones so the voter can have the ballot read to them, or paddles or sip-and-puff devices for voters with dexterity impairments. The voter’s choices are stored in DREs via a memory cartridge, diskette, or smart card and added to the choices of all other voters. Some DREs can be equipped with Voter Verified Paper Audit Trail (VVPAT) printers that allow sighted voters to confirm their selections on an independent paper record before recording their votes into computer memory. This paper record is preserved and, depending on state election codes, made available in the event of an audit or recount.

Ballot Marking Devices (BMDs) present the electronic ballot, allow voters to electronically select valid contest options and then produce a human-readable paper ballot. Unlike DREs, which record votes directly into computer memory, BMDs do not make any other lasting record of the voter’s selections. Some BMDs mark pre-printed ballots, while others print summaries of voter selections, often with those selections encoded in barcodes or QR codes. Then (except in the hybrid systems described next) voters either cast their ballots on a separate hand-fed optical scanner, or place them in a ballot box to be counted centrally.

BMDs were developed in response to the federal requirement in the Help America Vote Act of 2002 (HAVA) that all polling places must provide a means for voters with disabilities to vote privately and independently. To fulfill this requirement and to broaden usability, BMDs support private, independent voting by providing screen contrast adjustment, large text, Audio-Tactile Interfaces (ATI), headphones with so the voter can have the ballot read to them, or paddles or sip-and-puff devices for voters with dexterity impairments. The first BMDs included the AutoMARK, which was purchased and subsequently manufactured and marketed by ES&S, and Unisyn’s OpenElect OVI-VC. New Hampshire and Oregon have also developed unique ballot marking systems. Beginning in 2014, some jurisdictions began providing BMDs for use by all in-person voters — an approach that became widespread in 2020.

Hybrid Optical Scan/DREs are scanners that can be configured to allow voters to enter their selections from “assistive ballots” directly into the tabulation without the creation of an independent paper ballot, thus functioning as a DRE. We have designated the ImageCast Precinct ATI and the Hart InterCivic eScan A/T, which is used statewide in Oklahoma, as “Hybrid Optical Scan/DREs.”

Punch Card Voting Systems employ a card (or cards) and a small clipboard-sized device for recording votes. Voters punch holes in the cards using a supplied punch device opposite their candidate or ballot issue choice. After voting, the voter may place the ballot in a ballot box or the ballot may be fed into a computer tabulating device at the precinct. No U.S. jurisdictions have used punch card voting systems in federal elections since 2014.

Many jurisdictions manually count mail ballots as well as in-person absentee and provisional ballots. While hand counts are not “voting equipment,” issues like ballot design and voter intent, which affect all voting systems, are also relevant to hand counted paper ballots. Jurisdictions that manually enter votes into DREs are included in the hand counted category.

Most remote ballot marking systems are commercial systems that have been developed by a non-governmental company, while a few are “in-house” systems, which are built and programmed by state election authorities.

Not all votes are cast in traditional polling places on Election Day – an increasing number of voters vote by mail or at in-person early voting facilities. All jurisdictions must provide accessible equipment for voters with disabilities. 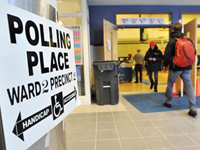 In U.S. elections, the majority of votes are cast inside polling places. Voters make their selections by marking a paper ballot, either manually or through the use of an assistive Ballot Marking Device (BMD), or on Direct Recording Electronic (DRE) systems, which record votes directly into computer memory. Voters who hand mark a paper ballot or use a BMD then scan their ballots on hand-fed optical scanners or deposit them into ballot boxes for subsequent scanning (or hand counting) at the jurisdiction’s central counting location. 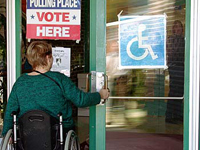 The Help America Vote Act of 2002 (HAVA) required that every polling place provide voting equipment with assistive features for voters with disabilities. Jurisdictions have adopted different approaches to meeting this requirement: some have opted for the exclusive use of DREs or BMDs for all polling place voters, while others have chosen to offer a mix of hand marked paper ballots and DREs or BMDs, which can support private, independent voting for individuals with disabilities by providing screen contrast adjustment, large text, Audio-Tactile Interfaces (ATI), headphones with so the voter can have the ballot read to them, or paddles or sip-and-puff devices for voters with dexterity impairments. 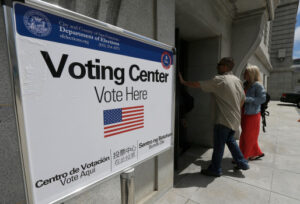 Vote centers are locations at which voters registered within a jurisdiction may cast their ballots, regardless of their assigned precinct or residential address. Some states call these types of voting locations Countywide Voting or Super Centers. Under the vote center model, a jurisdiction may reduce the number of polling places from that of the traditional neighborhood precinct sites. At vote centers, voters are checked in via electronic poll book to ensure the voter registration database is updated at all voting locations within the jurisdiction.

Colorado was the first state to implement vote centers with a pilot program in Larimer County in 2003. Eighteen states currently allow jurisdictions to use vote centers on Election Day, while other states may permit the use of vote centers during early or in-person absentee voting. 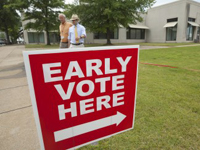 In recent years many, but not all, states provide for in-person Early Voting (also called advance voting, in-person absentee voting, or “one-stop” voting). For a period of days or weeks prior to Election Day (the period varies from state to state) voters have the option of visiting a central location — typically the county election officials office or, in larger jurisdictions, satellite vote centers — to cast their votes. Most jurisdictions use the same voting equipment for the early voting period that is used in polling places on Election Day, while other jurisdictions use different equipment — often all DREs or all BMDs, instead of also offering hand marked paper ballots. In-person absentee voting differs slightly from Early Voting in that voters’ ballots are collected and counted later along with absentee ballots. During this period, a voter may apply in person for an absentee ballot and cast that ballot in one trip to an election official’s office. 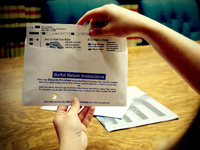 Absentee voting is available in every state. In some states there are restrictions on who can vote by mail and a few states conduct elections using only mail ballots. Some states also offer electronic delivery of blank ballots or remote ballot marking systems to eligible voters, who access and/or mark their ballots electronically. Most jurisdictions tabulate mail or absentee ballots with optical scanners – either high-speed batch-fed scanners (also known as central count scanners) or smaller hand-fed scanners (also known as precinct count scanners). A small but significant number of jurisdictions count absentee or mail ballots manually. Some jurisdictions manually enter the votes cast by voters on absentee paper ballots into DREs rather than tabulating the ballots by scanning or manual counting. 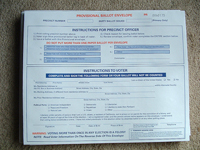 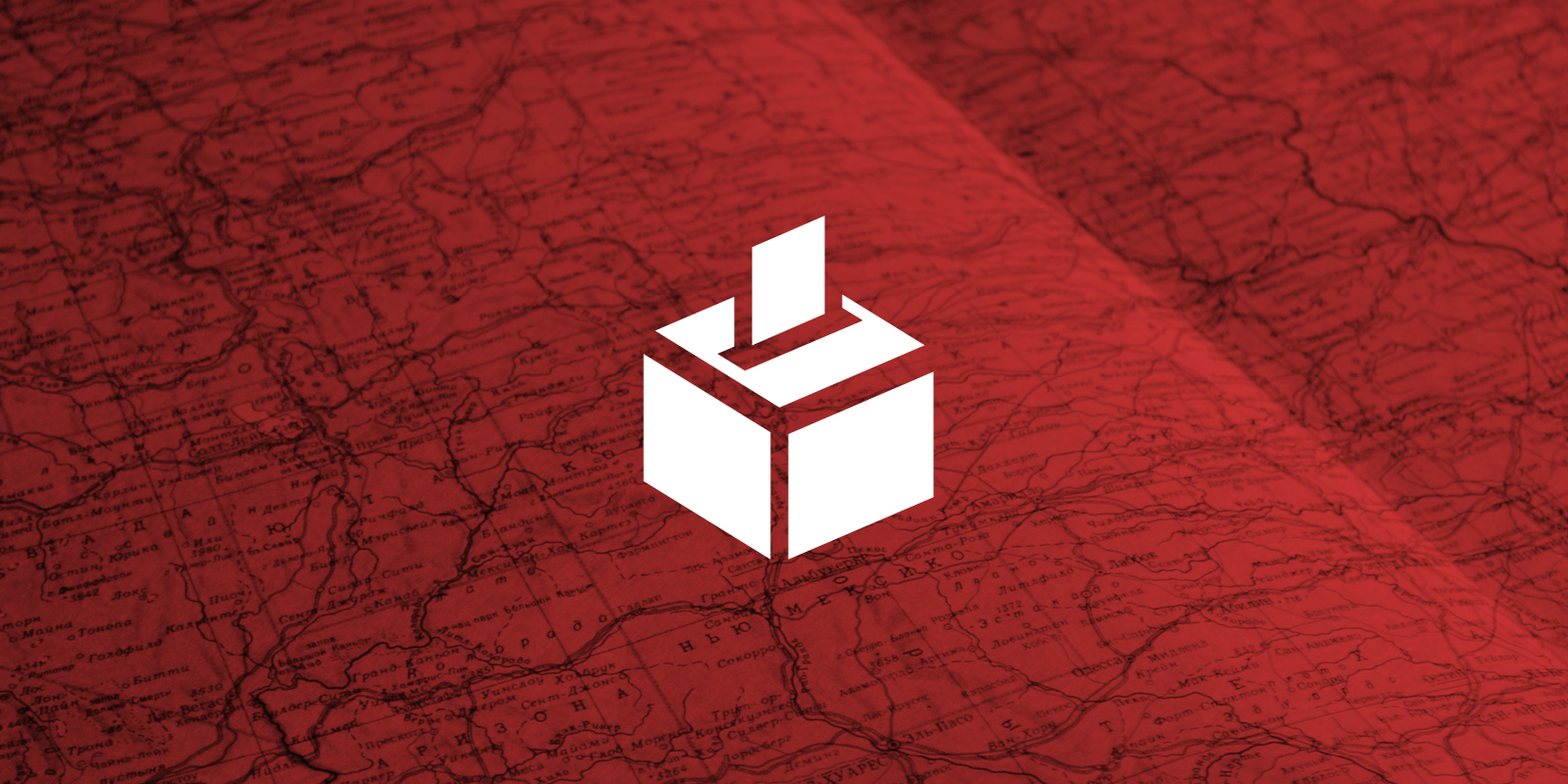 Some types of voting equipment are more secure than others. Verified Voting’s in-house database of the election equipment in use in every U.S. election jurisdiction includes overviews of voting systems, voting instructions, demonstration videos, and manufacturer information so election integrity advocates, election officials, researchers, and voters can understand the technology used to mark or count votes. 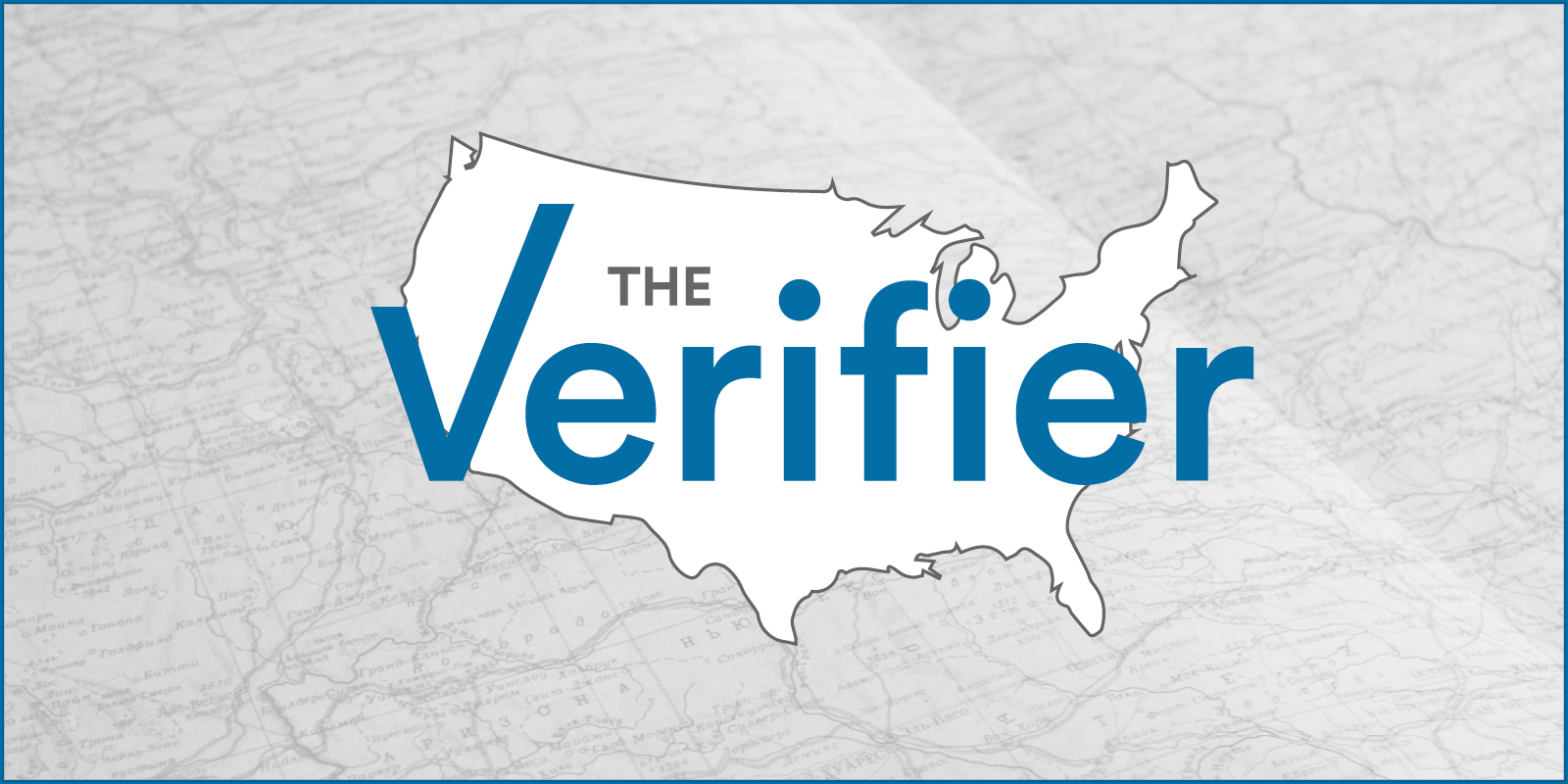 The Verifier is the only free and publicly available comprehensive database of election equipment down to the precinct level of the United States, from the current election cycle back to 2006. 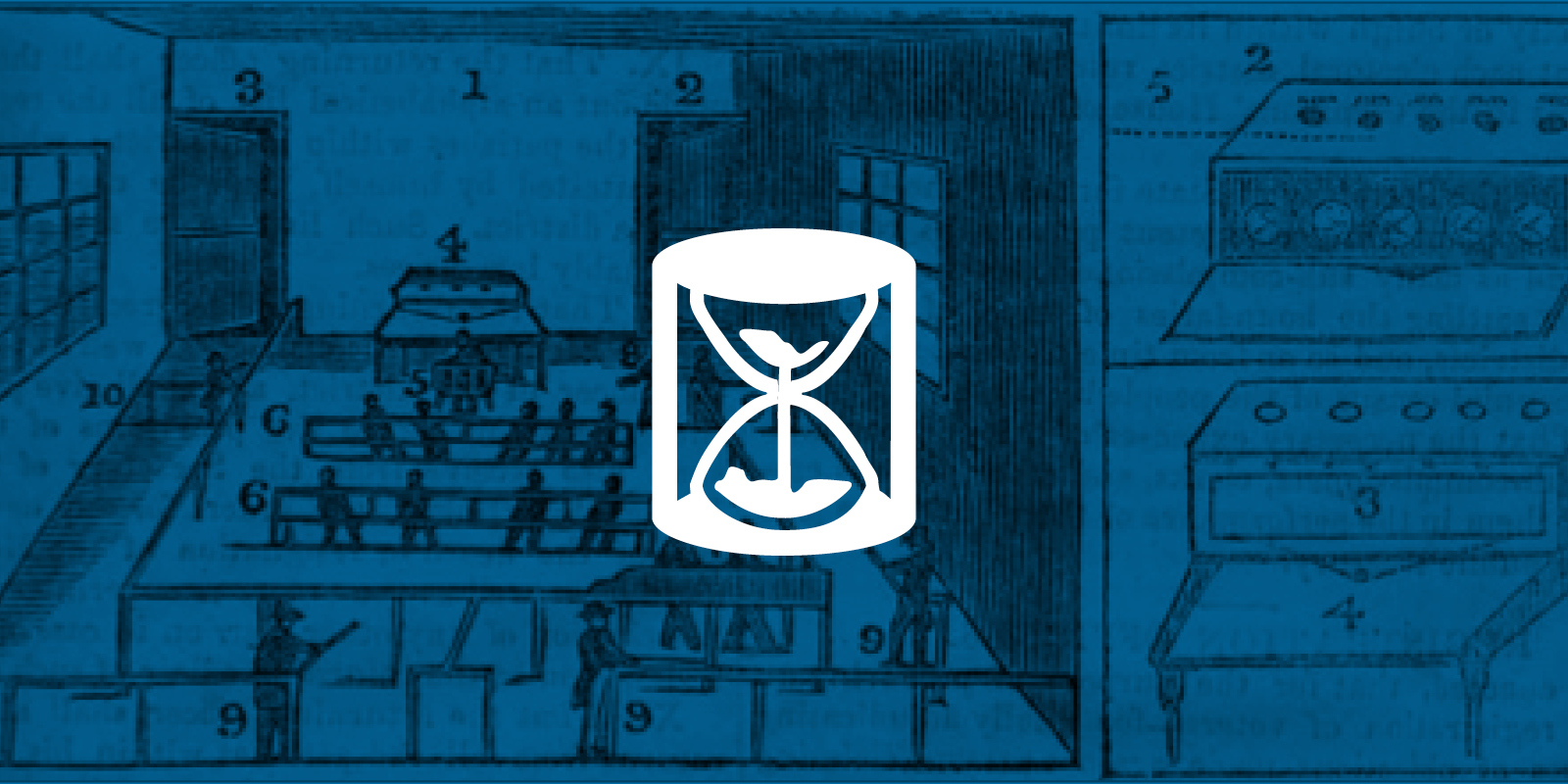 The History of Voting Machines

The conduct of elections has changed in many ways over the past 200 years. Read an excerpt of Douglas Jones’ Brief Illustrated History of Voting to learn more about how votes were historically cast.
MORE 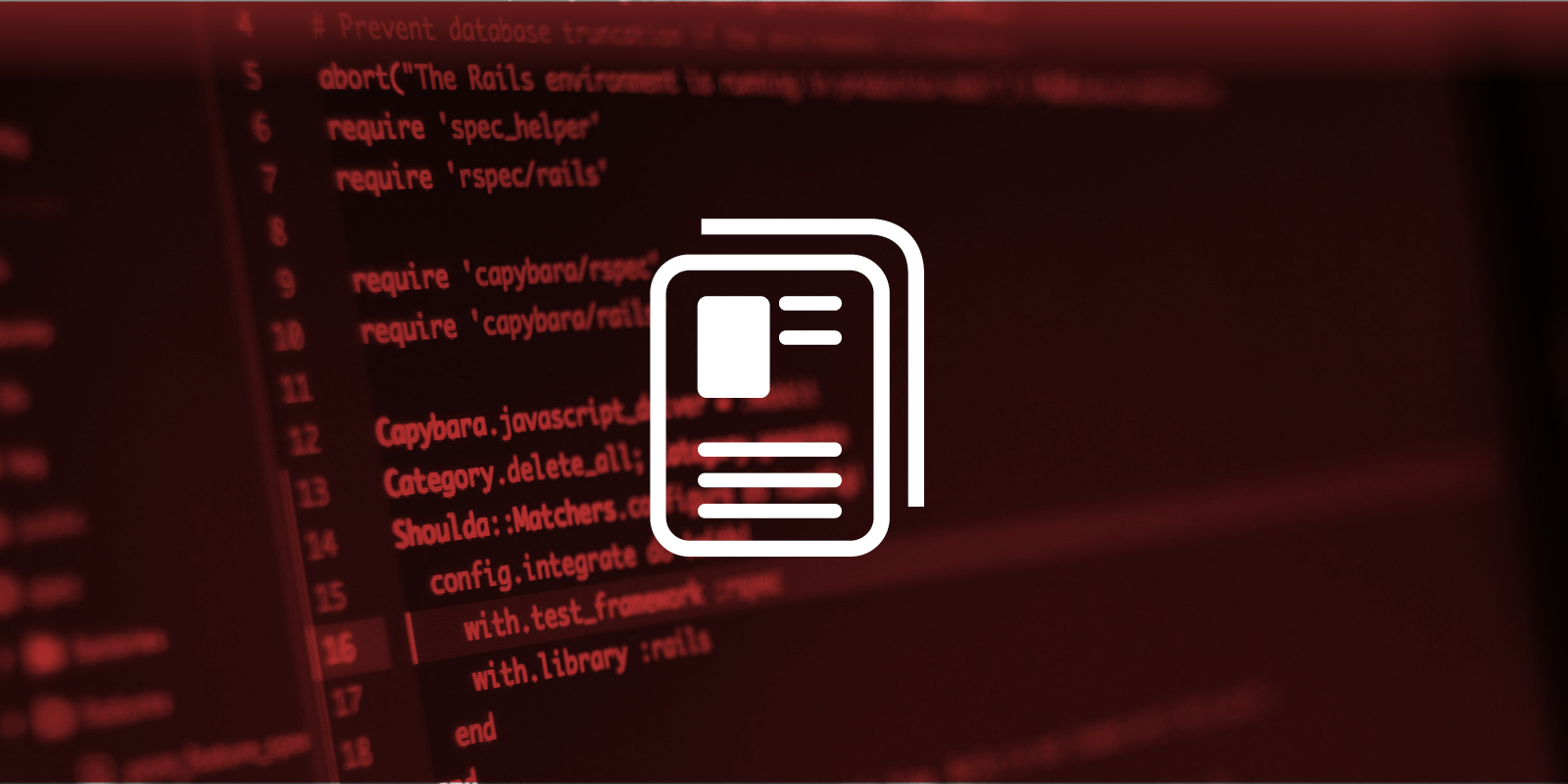 In 2003, prior to founding Verified Voting, David Dill circulated the petition “Resolution on Electronic Voting,” which was signed by thousands of computer science professionals, attorneys, politicians, voting rights experts, and citizens. The cornerstone of the campaign was a demand that all Direct Recording Electronic (DRE) voting systems be equipped with a voter-verified paper trail because computerized voting equipment is inherently subject to vulnerabilities.
MORE

A strong and healthy democracy depends on the security of our elections. Join us and help ensure that every vote counts.

The election landscape is constantly changing and full of complexities. We’ll keep you informed on what’s happening, and what we’re doing to make elections accurate and secure.