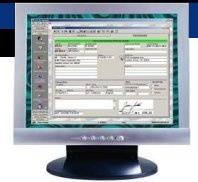 In 2020, DFM created the Vote Center App, which is used by some California counties in the manner of an electronic poll book system. Like EIMS, the Vote Center App can be run on a COTS laptop and has similar — but limited — functionality and is intended to be easier for poll workers to use.

Poll workers or election officials can directly access DFM Associates’ EIMS on a commercial off-the-shelf (COTS) desktop computer or laptop. Similarly, they can use the Vote Center app on a COTS laptop in a vote center. In smaller jurisdictions where in-person voters go to to the elections office to vote, it may be the registrar of voters herself who looks up the voter in EIMS on a desktop computer. In larger jurisdictions, election officials may look up voters in EIMS or the Vote Center App, and in vote center jurisdictions, poll workers may be trained to look up voters in the Vote Center App.

In California counties using EIMS or the Vote Center App, a real-time connection from VoteCal, the Secretary of State’s voter registration database, is required. In vote center jurisdictions, election officials at each vote center power on and connect designated COTS laptops to a Virtual Private Network (VPN) using their username and password. The VPNs connect the Vote Center to the county’s network. After the VPN connection is created, an election official logs in to the county network using their unique username and password. Each laptop can be tracked via hardware and software when connected to the internet, enabling the county to locate and disable any lost or stolen laptops.

In California counties using EIMS in place of paper poll books, but not using the Vote Center App, COTS laptops allow access only to EIMS or the California Secretary of State’s website for online voter registration. All other websites and access to email is blocked and users are unable to download the entire voter registration database. All unused ports and connections on laptops are sealed or blocked from use. Laptops are affixed with tamper-evident seals and stored in a secure location when not in use. EIMS connects to VoteCal via a secure point-to-point T1 connection and VoteCal links all county voter registration databases in all 58 California counties. Voter data is sent back and forth between VoteCal and EIMS to update voter status. In counties using the Vote Center App, the Vote Center App connects directly to VoteCal. 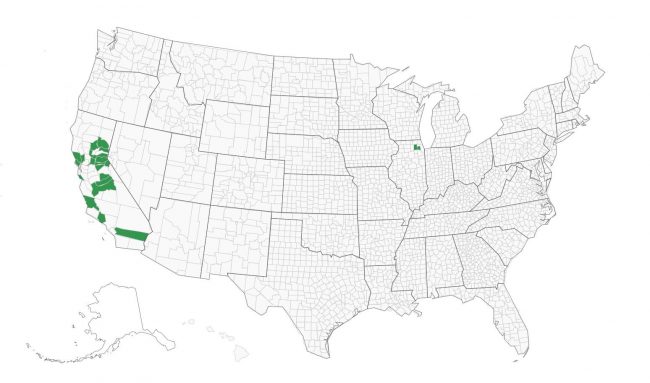