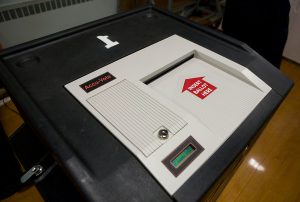 The AccuVote OS is a hand-fed optical scanner and tabulator that processes hand marked paper ballots and ballots marked by the AutoMARK ballot marking device. The AccuVote OS is most often used as a polling place tabulator but in some smaller and medium-sized jurisdictions it is also used to tabulate absentee mail ballots.

The AccuVote OS scans ballots fed in any one of four orientations: face up, face down, head first, and foot first. It includes a small rectangular LCD screen displays ballot return messages for ballots that contain overvotes or undervotes. After scanning and tabulating ballots the AccuVote OS automatically drops counted ballots into one of two compartments into a ballot box, depending on ballot selection criteria specified by the election management software. The AccuVote OS can be configured to communicate with GEMS over a serial or modem connection.

In 1989 Unisys began marketing the ES-2000, originally developed by North American Professional Technologies, a subsidiary of Macrotrends International Ventures Inc. of Vancouver earlier in the 80s. Already by 1990 Unisys was selling the ES-2000 under the trade-name Accu-Vote. In late 1991, NAPT merged with Macrotrends to form Global Election Systems Inc. The corporation was technically Canadian, but the executive offices were in McKinney, Texas. Global immediately purchased a share in the patent rights of Data Information Management Systems. Through the decade of the 1990s, Global would grow to become a major force in the election equipment marketplace, largely on the strength of the AccuVote ES-2000.

In 2002, Diebold Inc., a well established manufacturer of bank vaults, automatic teller machines and other security-related products, bought Global to create Diebold Election Systems Inc. Global and Diebold continued to make the AccuVote ES-2000, although the name changed to the Accuvote OS, standing for Optical Scan, to distinguish it from the AccuVote TS, the touch-screen voting system that Global acquired with the purchase of I-Mark Systems.

In 2006, Diebold re-branded their election services department as Premier Election Solution and Premier purchased in 2009 by Election Systems and Software (ES&S) and was subsequently sold to Dominon Voting following a 2010 antitrust settlement.

After re-branding as Premier Election Solutions, the company announced its intentions of developing a hybrid optical scan/ballot marking device product to compete with the ES&S Model 100/AutoMARK combination that had proven successful in allowing jurisdictions to meet the accessibility requirements of the Help America Vote Act while retaining a paper ballot voting system.

In the end the AccuVote OSX was introduced in 2007 as part of the Assure voting system suite, which included the AutoMARK. The intake mechanism was modified for the OSX and a larger a sharper LCD screen for overvote/undervote protection.

1. After you check in at the polling place, a poll worker will give you a paper ballot, which you will mark with the pen provided. Be sure to verify with the poll worker that you are using the correct pen for the machine used in your polling place.
2. Mark your choice on the ballot by darkening the oval (above right) next to your candidate’s name or selection. Follow the directions carefully to be sure your mark will count.
3. To cast a write-in vote, there are two steps: first, darken the oval for the Write-In position in that contest. Second, write the name of the person you are voting for on the line next to the Write-In oval. You must complete both steps to be sure your write-in vote will be counted!
4. When you have made all the choices you wish to make, review your ballot carefully. If you have made a mistake marking your ballot, ask a poll worker for another ballot.
5. When done voting, take the ballot to the scanning machine and insert it face up. If you have voted for more candidates for a race than can be elected (“over voted”), the machine may reject your ballot and will offer you the opportunity to correct your mistake. You may choose to submit your ballot as is, or correct the over-vote by marking a new ballot. (If you submit as is, your votes will be counted for all races except the over-voted race.) If the scanner is not working, your ballot will be secured to be scanned later. 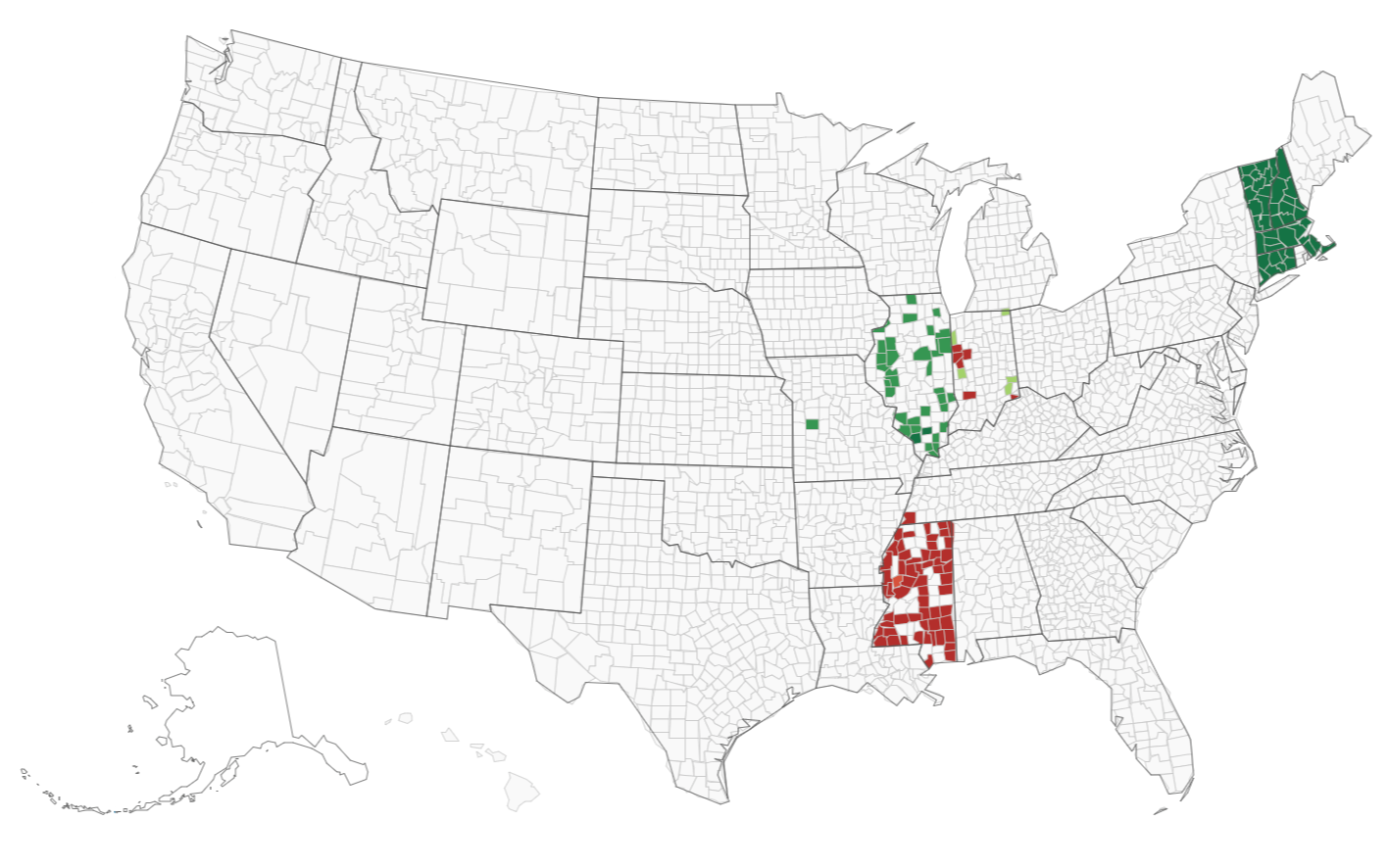 Ideally, the OS’s exposed ports, memory card access areas, ballot box doors and case seams would be covered with tamper-evident security seals. The integrity of these seals should be maintained at all times, and only breached under controlled, explained circumstances. Seals should be logged to maintain chain of custody of sensitive materials.

The keys for the AccuVote-OS are the same for all AccuVote-OS machines and are easily pickable with readily available tools. Care should be observed around the ballot box lock and the scanner key lock (turns the system off and on).

Corrupt memory cards may be able introduce viruses, cause the main election server to crash and falsify votes. Access to the memory card should be controlled, monitored and logged at all times.

Some Optical Scan systems have trouble reading red inks or inks with red in them. Voters should use the writing instrument provided at the polling place or, if voting at home, black ballpoint pen that does not bleed through paper.

In 1979, Bob Urosevich founded American Information Systems and served as the President of AIS (now known as Election Systems & Software) from 1979 through 1992. In 1995, Bob Urosevich started I-Mark Systems, whose product was a touch screen voting system utilizing a smart card and biometric encryption authorization technology. Global Election Systems, Inc. (GES) acquired I-Mark in 1997, and on July 31, 2000 Mr. Urosevich was promoted from Vice President of Sales and Marketing and New Business Development to President and Chief Operating Officer. On January 22, 2002, Diebold announced the acquisition of GES, then a manufacturer and supplier of electronic voting terminals and solutions. The total purchase price, in stock and cash, was $24.7 million. Global Election Systems subsequently changed its name to Diebold Election Systems, Inc. In 2006, Diebold decided to remove its name from the front of the voting machines for strategic reasons. In August 2007 the company changed its name to “Premier Election Solutions”. Premier Election Solutions was acquired on September 2009 by Election Systems and Software (ES&S) and was subsequently partially acquired by Dominion Voting Systems on May 19 2010 following a 2010 antitrust settlement.