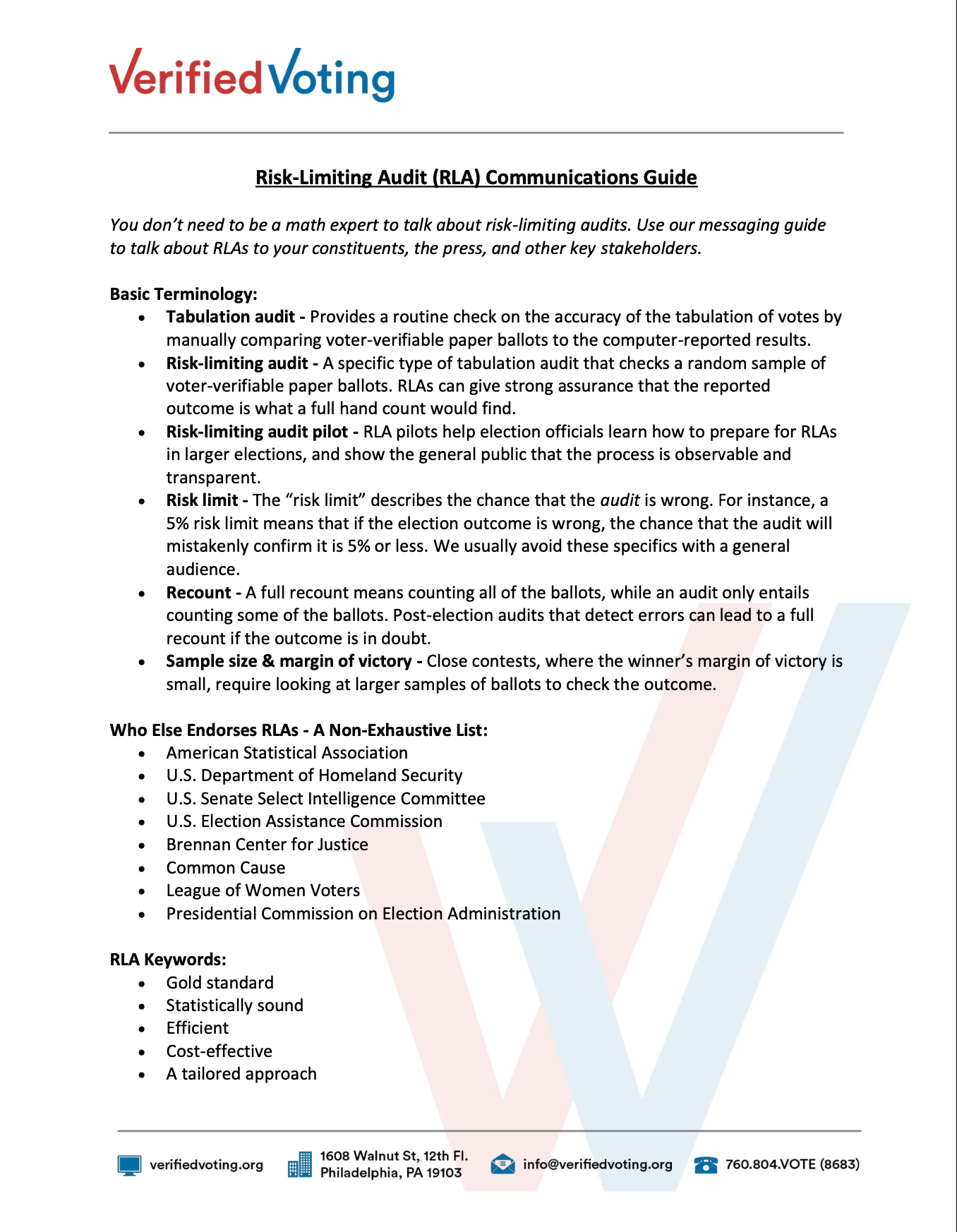 You don’t need to be a math expert to talk about risk-limiting audits. Use our messaging guide to talk about RLAs to your constituents, the press, and other key stakeholders.

What can you say about an RLA?

What can’t you say about an RLA?

Because RLAs rely on the ballots, they can only do so much. They can’t do the following:

Read more about audits and RLAs at: 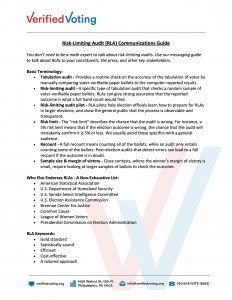