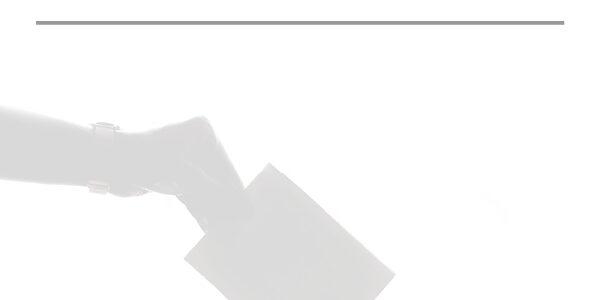 We are privileged to work closely with election officials every day and their work to safely and securely administer our elections goes far beyond what voters see on Election Day. To shine a light on the important role they play in our democratic process, we launched this Q&A series highlighting their work. Here, Matt Crane, Executive Director of the Colorado County Clerks Association, tells us about his work:

Tell us about how you got involved with election administration.

My interest in elections was piqued when I was on the elections commission for my college’s student government, and I didn’t realize at the time that I’d be working in elections 22 years later! After college, I worked at the Denver Elections Division, the Colorado Secretary of State’s office, and in Arapahoe County’s elections office. When the county clerk in Arapahoe County was elected to another office, I was appointed to fill the vacancy in 2013 and elected to the role the following year, but in 2018 I unfortunately lost my reelection bid. I’ve stayed active in elections and currently serve as an election security consultant for the Cybersecurity & Infrastructure Security Agency (CISA) and Executive Director of the Colorado County Clerks Association, among other activities.

How do Coloradans cast their votes, and how is it different from other states?

Colorado has a pretty unique model. We’re an all-mail ballot delivery state, so every active voter gets a ballot delivered to them 22 days before the election. However, we still have robust in-person voting requirements and around seven to eight percent of those who vote in general elections will vote in person [at vote centers]. Drop boxes are also fairly prevalent in the state. There’s something special about the “civic DNA” of Colorado residents – we always have an exceptionally high turnout rate.

As administrators of our democracy, election officials’ work is so important to carry out our democratic process. How does that responsibility shape your approach to your work?

It’s incredibly important. People have fought and died for the right to vote and it’s up to election administrators to conduct elections in a secure and accessible manner. We work hard and we focus on transparency – it’s the people’s process and they have the right to be brought into it. We also take threats very seriously and focus on protecting our systems and having integrity in the process. Our workload has only been exacerbated by the mis- and disinformation and the baseless claims about stolen elections following the 2020 election. Election administrators are tasked with both pushing back against those false narratives and educating the public, and it’s a very heavy responsibility that I’ve always taken very seriously.

These days, Americans are hearing a lot about the administration of our elections. What don’t Americans know about the election process in your state, that you wish they did?

People sometimes ask me what I do the other 364 days a year, but we work year round. When people ask us questions about our work, they’re usually blown away by the amount of details and work that goes into our jobs. There’s a lot of talk right now about election integrity and election security and we’re trying to stress that all voters play a role in secure elections. Check your voter registration to make sure it’s up to date, if you’re voting by mail or in person. Know the deadlines for the upcoming elections. Find out where dropboxes are located if they’re available. Unless you absolutely have to, don’t ever give your ballot to someone else to turn it in. If your state offers ballot tracking, track your ballot throughout the lifecycle so you know where it is. Make sure you have your ID if you need one to vote. Voters can play an active role in election security – stay educated and don’t let bad actors scare you when they say that your vote doesn’t count or that there are cracks in the process because it’s just not true.

What was your experience conducting a risk-limiting audit?

I’m really proud of the fact that when I was Arapahoe County Clerk, we did the first end-to-end risk-limiting audit (RLA) pilot in Colorado in 2013 in coordination with the Secretary of State and the Election Assistance Commission. We fell in love with the concept and invited everyone back in 2014 to do another RLA. It was a little tough on our old legacy voting system but the process helped inform the purchase of our new voting system. Colorado was the first state to conduct a statewide RLA in 2017 and now it’s considered a national best practice for election security.

Are you exploring other election security measures that give voters justified confidence in our elections?

The general state of election security is stronger than it ever has been, but there’s always room to grow and keep pushing forward. Colorado has a really strong County Clerks Association and it’s a great way to share best practices and work on process improvements directly as a group. For example, here in Colorado, the County Clerks Association is pushing for even stronger, robust audits akin to RLAs for signature verification and voter registration lists. I’m not talking about the sham “audit” in Arizona – these would be responsible, well-thought-out audits that check to make sure systems work correctly. Our clerks are actually pushing for even greater transparency and data to demonstrate to voters that our elections are secure and they can have confidence in the election outcome.